Another course that I didn't like, but somehow managed to pass was economics. I went to that class straight from the botany class, which didn't help me any in understanding either subject. I used to get them mixed up. But not as another student in my economics class who came there direct from a physics laboratory. He was a tackle on the football team, named Brown. At that time Ohio State University had one of the best football teams in the country, and Brown was one of its outstanding stars. In order to have the right to play it was necessary for him to keep up in his studies, a very difficult matter, for while he was not dumber than an ox he was not any smarter. Most of his professors were lenient and helped him along. None gave him more hints in answering questions, or asked him simpler ones than the economics professor, a thin, timid man named Bassum.
One day we were on the subject of transportation and distribution, it came Brown's turn to answer a question. "Name one means of transportation," the professor said to him. No light came into the fellow's eyes. "Just any means of transportation," said the professor. Brown sat staring at him. "That is," pursued the professor, "any medium, agency, or method of going from one place to another. Brown had the look of a man who is being led into a trap. "You may choose among steam, horse-drawn or electrically propelled vehicles," said the instructor. "I might suggest the one commonly taken in making long journeys across land." There was a profound silence in which everybody moved uneasily, including Brown and Mr. Bassum. Mr. Bassum suddenly broke the silence in an amazing manner. "Choo-choo-choo," he said, in a low voice, and turned instantly scarlet. He glanced appealingly around the room. All of us, of course, shared Mr. Bassum's desire that Brown should stay abreast of the class in economics, for the Illinois game, one of the hardest and most important of the season, was only a week off. "Toot, toot, too-tooooooooooooot!" some student with a deep voice moaned, and we all looked encouragingly at Brown. Somebody else gave a fine imitation of a locomotive letting off steam. Mr. Bassum himself rounded the little show. "Ding, ding, ding," he said, hopefully. Brown was staring at the floor now, trying to think, his great brow furrowed, his huge hands rubbing together, his face red. "How did you come to college this year, Mr. Brown?" asked the professor. "Chuffa chuffa, chuffa chuffa." "My father sent me," said the football player. "What on?" asked Bassum. "I got an allowance," said the football player, in a low, husky voice, obviously embarrassed. "No, no," said Bassum. "Name a means of transportation. What did you ride in?" "Train," said Brown. "Quite right," said the professor..
...
...
5 Похожих работ
Present Simple Перевод, Языки (переводы)
Стоимость 10 РУБ
Present Simple Перевод, Языки (переводы)
Стоимость 13 РУБ
Лингвистический анализ текста Перевод, Языки (переводы)
Стоимость 566 РУБ
Mes vacances d'été Перевод, Языки (переводы)
Стоимость 320 РУБ
Перевод на 5000 слов Перевод, Языки (переводы)
Стоимость 150 РУБ
4 автора готовы выполнить вашу работу 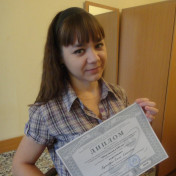 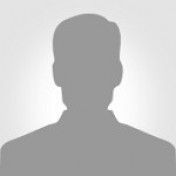